Hearing the word “emperor” we automatically think of someone with a lot of power over others, difficult to approach.

The Emperor Stephanie envisions is quite determined, focused, he looks quite stable emotionally and various little creatures are looking up to him. He seems connected to both the nature (see the leaves on his head, and the tree stump he stands in?) and the supernatural, though he doesn’t seem to be throwing religion out of the window either. 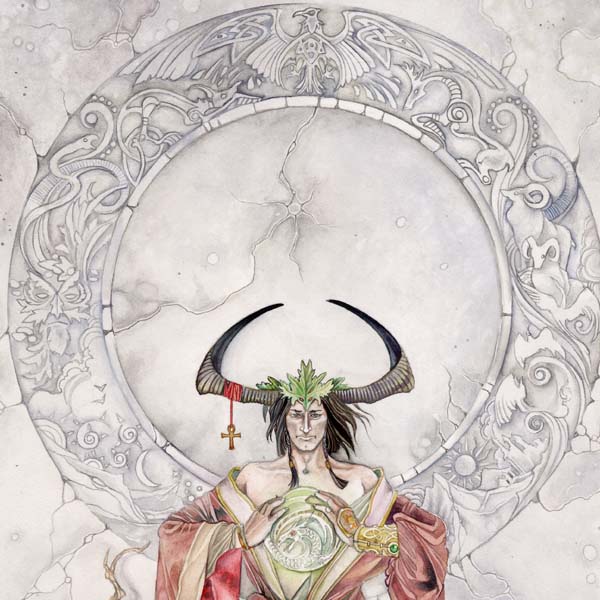 There are also many animals here: 2 rams, a snake, several dragons – one of them trapped in a ball, at least one bird.

What seems out of place in the card is the sun over a city to the left of the emperor [our left] and the moon [i think it’s waxing] with some stars or galaxies over a desert or some hills. Can you see the Fibonacci spiral in the galaxies? How about the red ribbon wrapped around his left [our right] horn, from which dangles an Egyptian cross?

The big circle behind the emperor can be also seen as a stylized sun, or several of them, depending on how many circles you take into consideration.

I think you could also learn moreover in this thread as I will refrain from posting quotes at least for some time.