Tonight, I’m going to trash a book by a Romanian author, Ioana Nitobe Lee – feel free to ckeck out her website and other books!

No, i won’t throw the book in the trash, for several reasons, but i will (try to) share with you what i thought about the book while reading it. 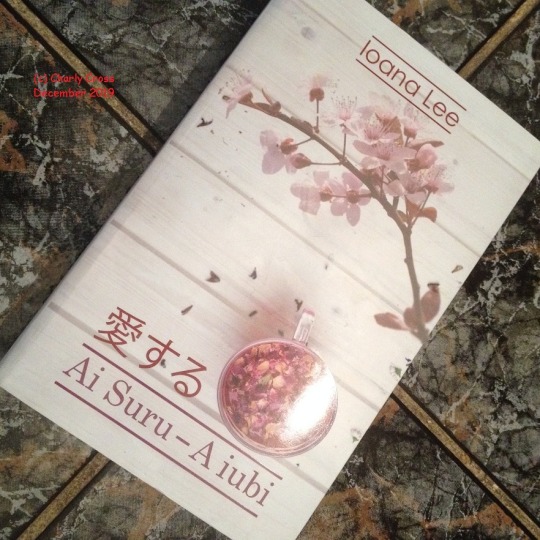 This book was the bilingual version -Romanian and English, mother bought and let me read as well. Better said pushed me into reading it, by forcing me to take the book. So, this is the main reason I can’t throw it in the bin. If you want to read it in English only, you have to look for “The Cherry Blossom Rarely Smiles.”

There are 2 more books following this one: The American Nightmare and Aisuru 2. These 2 books I have yet to read. Anyways, let’s go back to my title.

In Aisuru (or The Cherry Blossom Rarely Smiles in English), Ioana talks about her life while married to a Japanese man, though he wasn’t your ordinary man, but someone from a very wealthy and important Japanese family. This is almost a Cinderella love story.

I never liked Cinderella nor her story – too unrealistic, yet it seems to happen more often these days. Yet this Cinderella doesn’t have her happy ending. Cultural differences, at a time when it was impossible to learn about them because the internet was not something people had in the 1990s, played a huge part in this, no doubt.

But let’s try and ignore that her marriage failed, and the reasons why, and let’s focus on why the book is just plain boring. It’s also poorly written – she goes back and forth in time, or better said the timeline of the events. This doesn’t even happen once, twice or three times, but all the time. 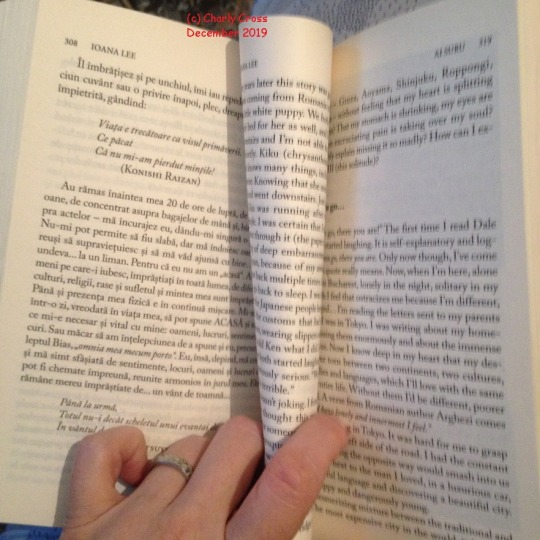 The memoir-book does start with how thins started, more or less, and does end with the end of the love story. Oh My Gosh! so sad! Maybe, if she would have mentioned at some point that one year passed between the last 2 events mentioned! There’s a brief mention indeed, but it’s so small that it’s easy to miss, and clearly, for her this wasn’t an important aspect.

With this memoir and its sequels, Miss Ioana wants to establish herself as a writer. She succeeded in establishing herself as a mediocre writer. Sure, her books sold out and they had to be reprinted, but i think it’s because people are more interested in how life is in Japan rather than the quality of her writing.

She’s making fun of herself in several instances, and that’s something we all should learn how to do – me in particular. However, I didn’t find it amusing. I mean, the fact that she couldn’t cook to save her life, and that didn’t know you need water to make a soup, is not funny. There are many people who don’t know and can’t cook. Maybe this is not something they’re interested in. And we shouldn’t laugh at them because of it.

The book is very easy to read, a bit too easy, although messy since there are just glimpses of her memories. This is a book i just couldn’t like.

She also made herself appear like a spoilt brat, and she admits this throughout the book. I still can’t like her nor her book. The worst offender for me was when she mentioned she’s a fast reader because she was forced to read 2 books per day at school. Excuse you?! You surely couldn’t remember much from whatever you read.

Granted, I’m a (very) slow reader, so i can’t comprehend how is it possible to read a whole book in a day. A short novel or thin book, yes, maybe. or thick but with large letters. but not thick with tiny letters.

Rating: no stars. 😦 In any case, please don’t let my opinions influence you. Try and pick the book up and read it then come back and tell me your thoughts.